All Was For An Apple

(This article was originally published in the January 2020 edition of the church newsletter.)


Were you at our 11:00 service of Lessons & Carols on December 15th? If so, you will have heard composer John Ireland’s setting of a rather unique medieval carol, which the choir sang as a response to the first scripture lesson (Genesis 3:8-19). I thought I might use this space to unpack that carol, because behind the obscure text is a wealth of theology:

Adam lay y-bounden, bounden in a bond,
Four thousand winter thought he not too long.

In other words, Adam (and his descendants — all of humanity) lay bound in the chains of sin. What does 'four thousand winter' mean? Interestingly, if we tally up the genealogies of the patriarchs and kings in the Old Testament, we end up with a span of approximately 4,000 years between the fall of Adam and the birth of Jesus.

And all was for an apple, an apple that he took,
As clerkes finden written in their book.

The Genesis text refers to "the tree of the knowledge of good and evil", whose fruit is popularly depicted in art and song as an apple. Clerkes are the clergy: in an age when literacy was rare, the clergy were the only ones who knew what the Bible actually contained.

In other words: if the apple had not been taken, our Lady (Mary, the mother of Christ) would never have become the queen of heaven. Although we Protestants don't revere Mary with that title, it's occasionally worth reminding ourselves that our Catholic and Orthodox brothers and sisters do honor her in a special way.

Blessed be the time that apple taken was!
Therefore we moun singen: Deo Gracias!

The last line means “Therefore we may sing ‘thanks be to God!’” So what's this whole strange story about, anyway – God creating people in a garden, but forbidding them to eat fruit that makes them wise? In order to understand the story, let’s imagine Adam and Eve as children. We tell our children not to touch certain things (knives, for example) because they are inherently dangerous. But as children grow, we teach them to use knives safely and responsibly. Perhaps Adam and Eve would have been ready for the fruit eventually, as they grew in their relationship with God…but instead they decided to take a shortcut and seek that wisdom apart from God. In this story I hear God in the voice of an exasperated parent, saying “why couldn’t you just listen?!” But as any parent well knows, that exasperation comes from a place of love and concern for his children’s safety. Just my two cents!

Until next time,
Kevin
Posted by Kevin Dill at 6:14 AM No comments: 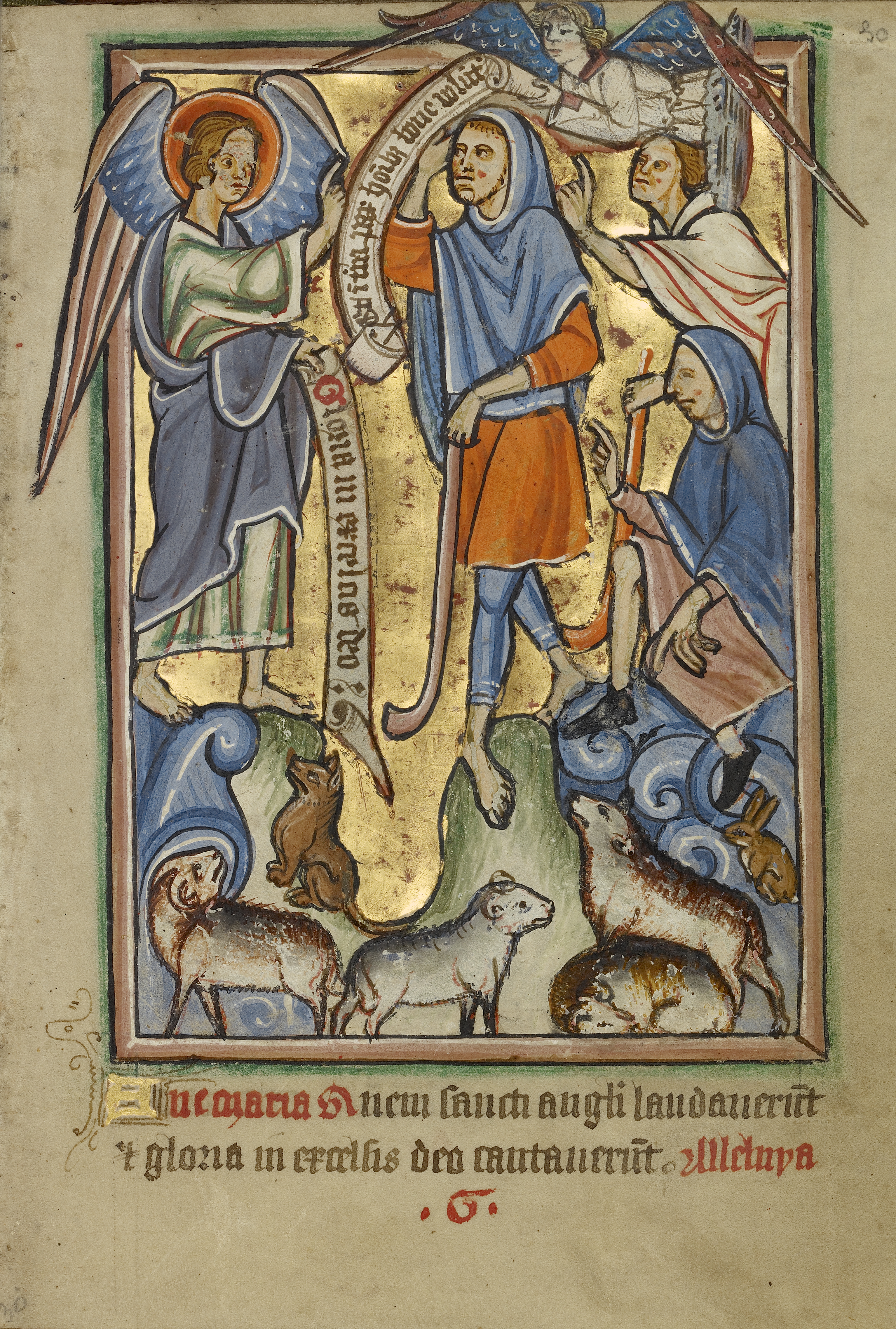 Dec. 29: 1st Sunday after Christmas
Worship at 11:00 AM only
Youth Sunday
Preaching: Aaron Crider
Posted by Kevin Dill at 7:08 AM No comments: 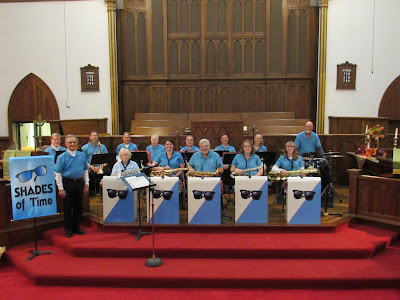 First Presbyterian Church is delighted to welcome back Shades of Time, who will perform a free concert on Saturday, November 23 at 7:00 PM.

Shades of Time was organized in 1988 by Alan Amy with the aim of bringing together alumni musicians from the Townville/Maplewood school district. Today the band comprises 15 musicians from Crawford, Mercer, and Venango counties, and plays regularly at local venues, including an annual performance at the Crawford County Fair.

The program at First Presbyterian will showcase the group’s signature mix of swing, jazz, and hits from the Big Band era, with an occasional detour to the 1960s and 1970s. Last year's concert drew a nearly-full house, so come early to find a good seat!
Posted by Kevin Dill at 11:57 AM No comments:

The organ has arrived!

September 18 was the delivery day for the new chapel organ. George and Anthony Pecoraro (Western PA Church Organ Solutions) arrived early to remove the old organ and get the space ready, with a little help from church staff Aaron Crider and Elijah Boyd. 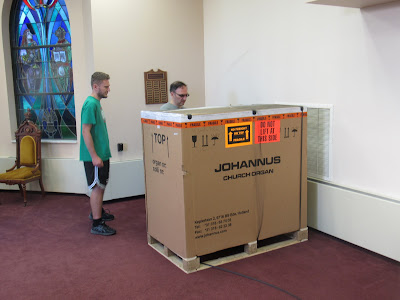 The organ had been well-packed for its trip across the Atlantic! 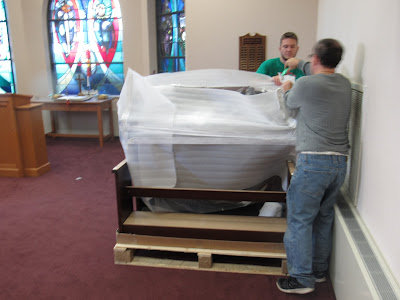 The pedalboard was packed up too and had to be reattached. 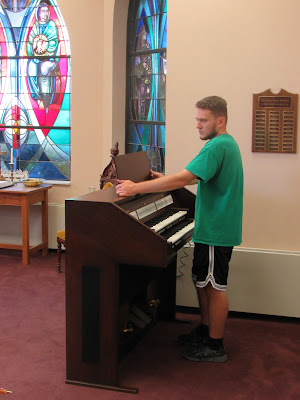 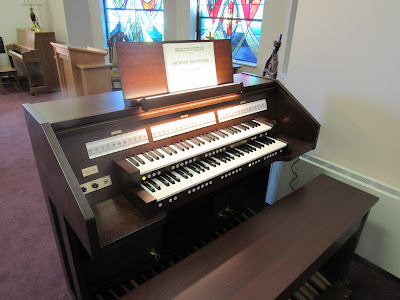 All set up and ready to play! It seems very happy in its new home. 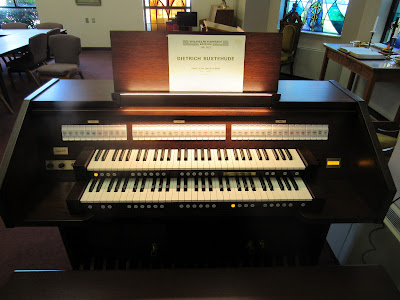 New chapel organ on the way! 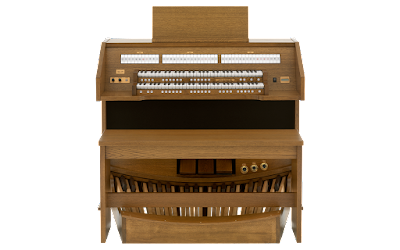 Thanks to a major gift from an anonymous donor, First Presbyterian Church has signed a contract for a new two-manual digital organ manufactured by the Johannus organ company of The Netherlands. This organ (similar to the one pictured) will replace the chapel's current Baldwin organ, which dates from the 1960s.

Kevin Dill, Director of Music at First Presbyterian, will introduce the new organ with a mini-recital once it arrives in early fall. He is excited not only to have a realistic-sounding instrument for the funerals and occasional services held in the chapel, but also to have a climate-controlled alternative for organ practice when the sanctuary is uncomfortably hot in summer and cold in winter.

Posted by Kevin Dill at 5:39 AM No comments:

More than two dozen handbell ringers gathered at First Presbyterian on April 27 to ring a few pieces for each other and the public. The bell choirs represented were the Carillon Ringers from Stone Methodist (James Ross, director); the Trinity Belltones from Trinity Lutheran (Charles Orr, director); and the Liberty Bells and Agape Duo from First Presbyterian (Kevin Dill, director). 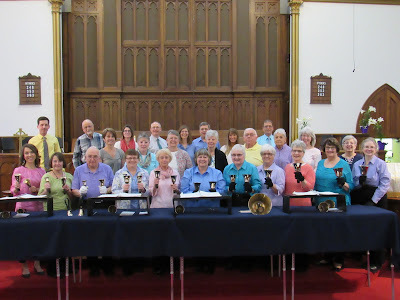 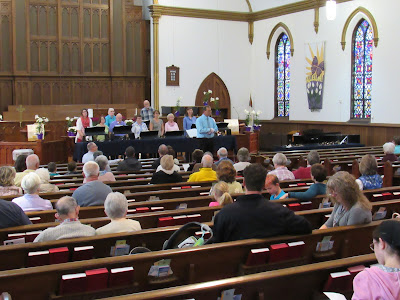 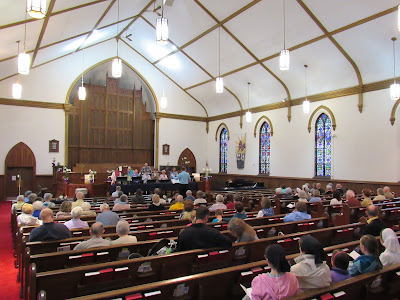 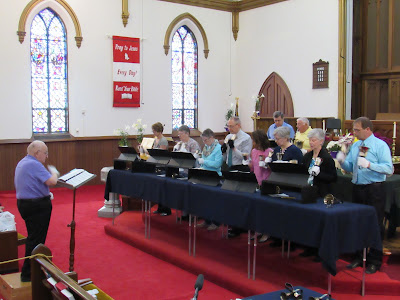 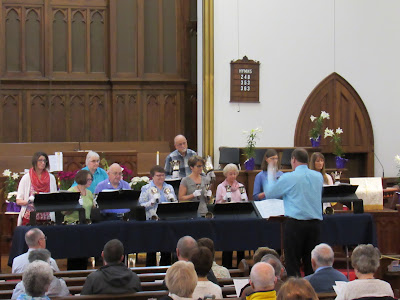 Posted by Kevin Dill at 5:47 PM No comments: 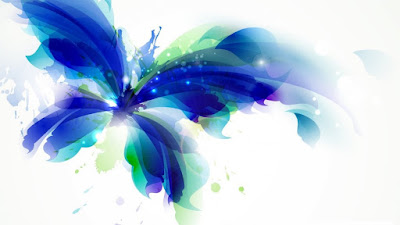 Admission is free!
Posted by Kevin Dill at 7:38 PM No comments:

Welcome to the Music blog of the First Presbyterian Church of Meadville! Scripture instructs us to “Worship the Lord in the beauty of holiness” (Psalm 29) and at First Presbyterian we are blessed with singers and instrumentalists whose participation makes this ministry possible.

Our worship is greatly enriched by the vast treasury of musical compositions that Christians throughout the ages have handed down to us. From medieval plainchant to 19th century anthems to 21st century hymns, our music is a means of praise, prayer, and encouragement for the congregation. In addition, we frequently host concerts in our 450-seat sanctuary, both showcasing our own talent and hosting visiting performers.

Please take a few minutes to browse through and find out more about our music ministry!